From 0 to 94%: What Historical Income Taxes Reveal about the Future of the US Economy 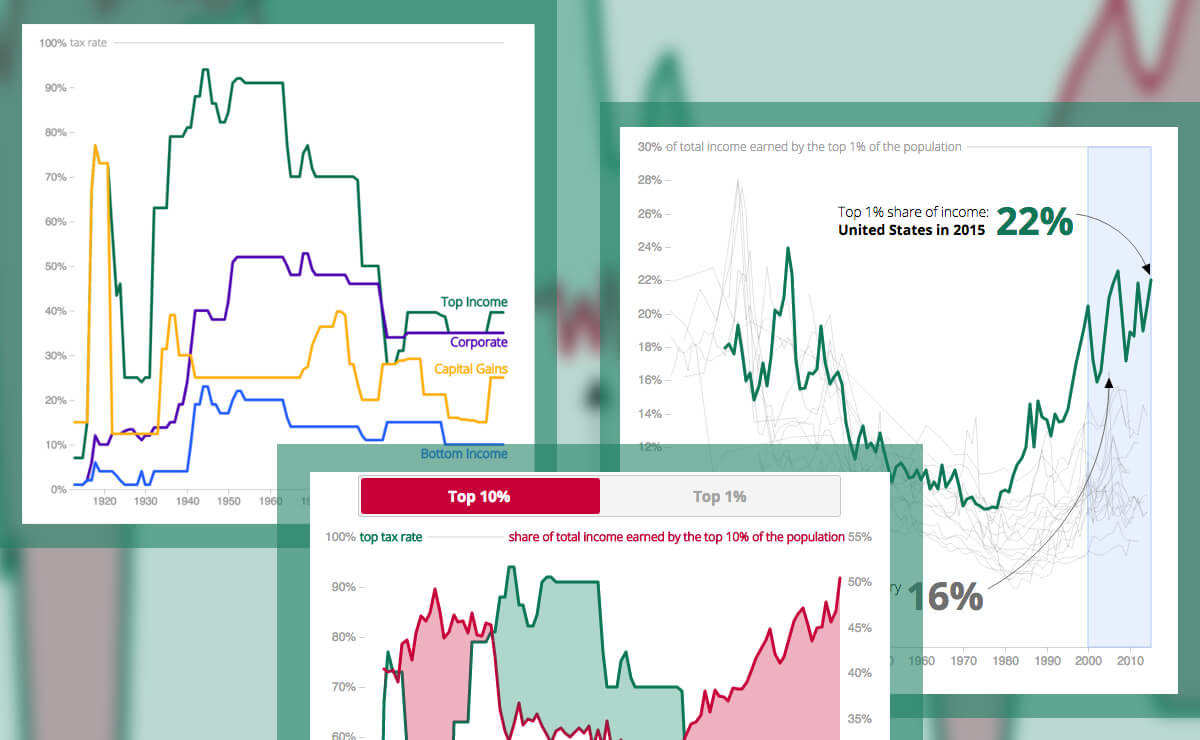 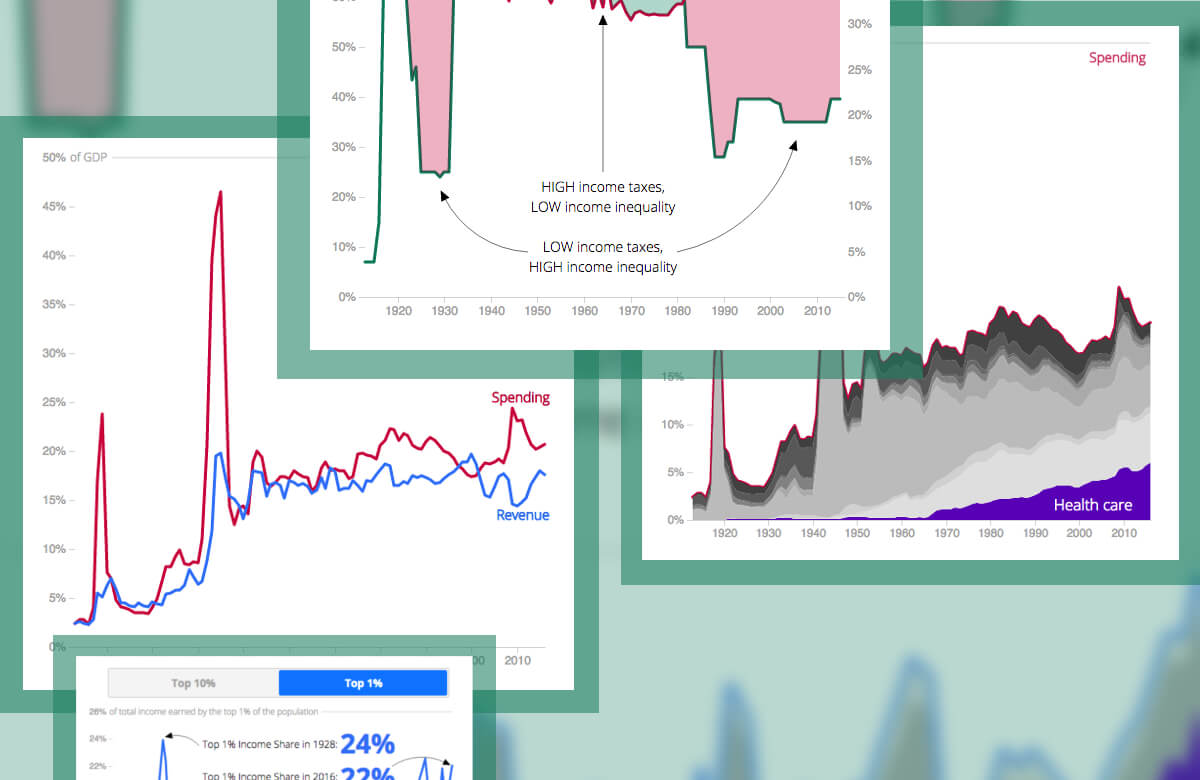 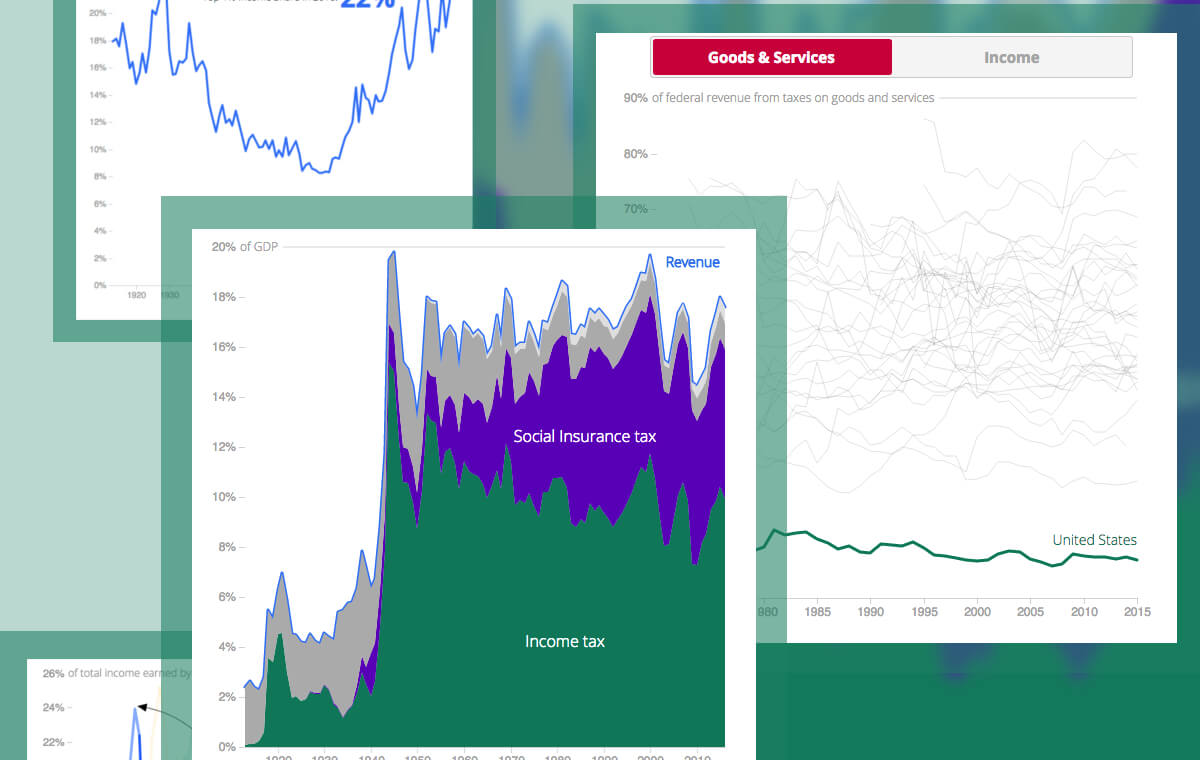 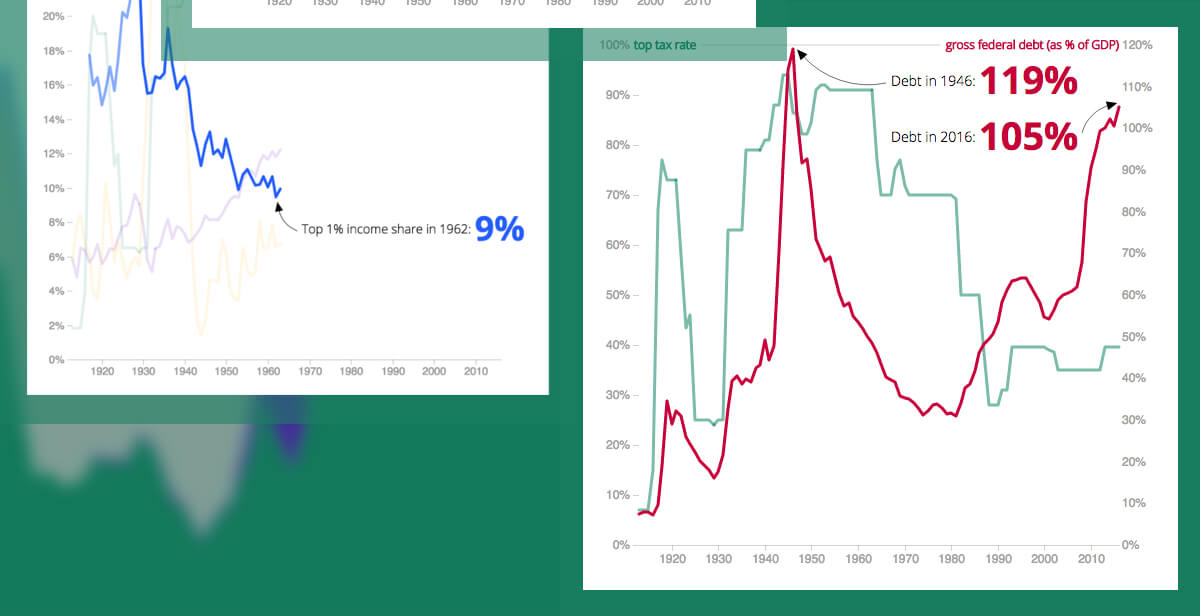 Income tax rates have swung significantly throughout U.S. history, beginning at 0% in the early 1900s and reaching as high as 94% in the 1940s. Curious as to the effect high and low income tax rates have had on economic prosperity, I began comparing changes in U.S. tax rates to variations in several economic indicators over the past century. Using d3.js, I created this interactive online data visualization to share the fascinating history behind U.S. income taxes as well as bring to light potential correlations between income tax rates and income inequality in America.