Find Your Top Cities: What Makes a City Great to You? 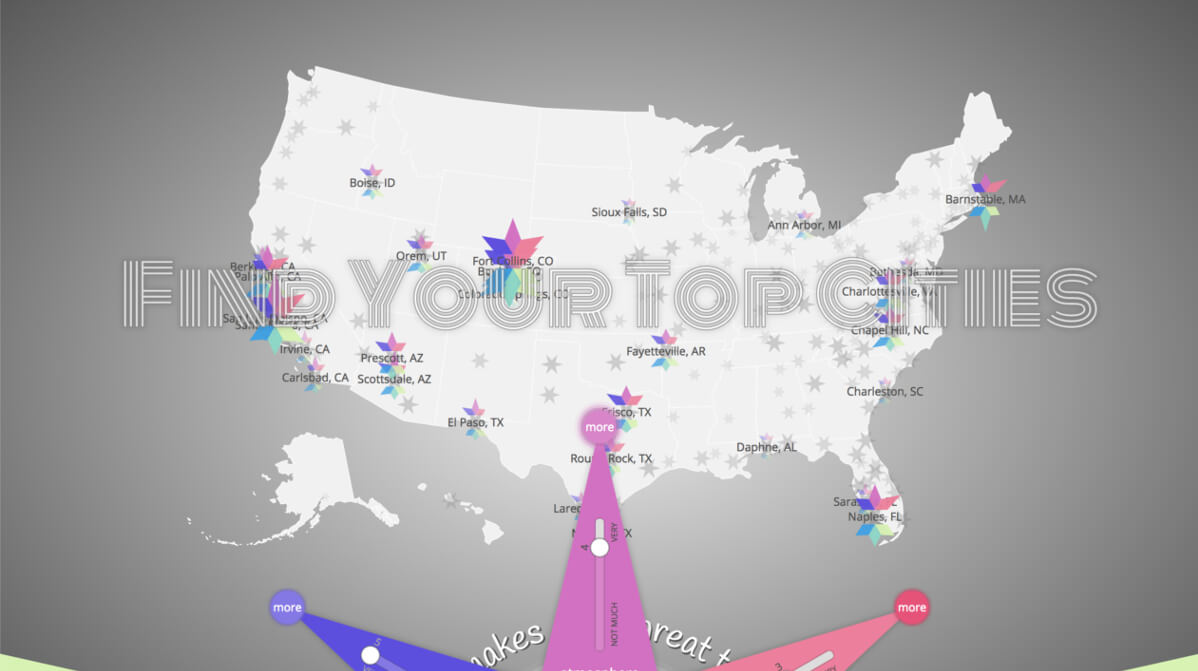 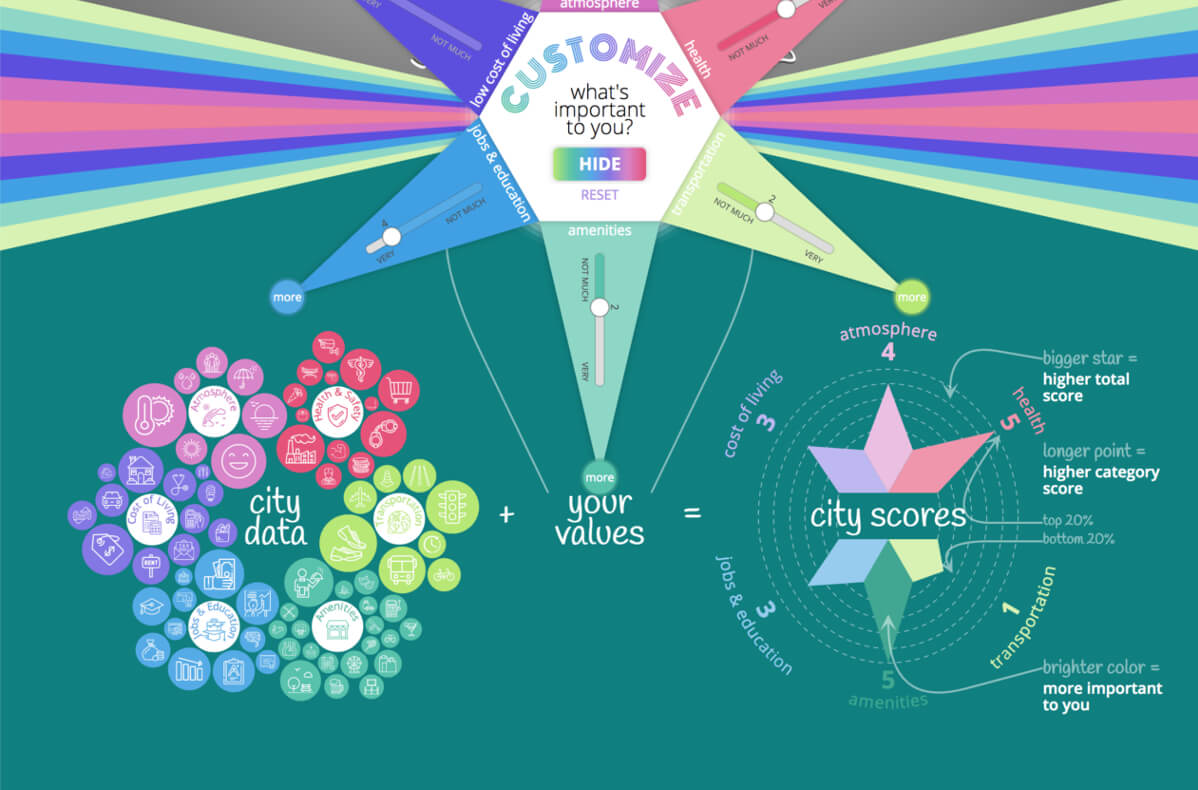 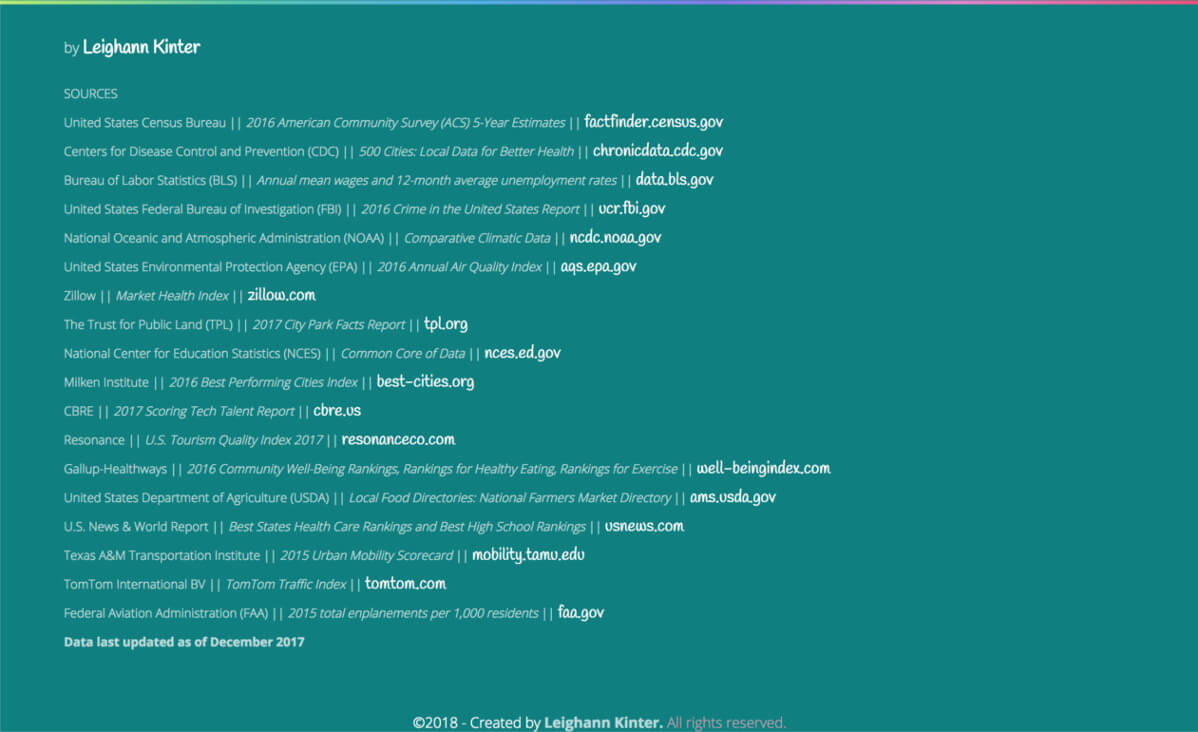 This project idea began as I was considering relocating and began researching various cities throughout the United States. Nearly all of the online recommendations of top cities I found were based on a 'one-size-fits-all' set of criteria.

Using d3.js and React, I created this interactive data visualization tool to allow users to determine which cities are best for them based on the factors they care about the most. I collected over 120 different data points on each city to determine an overall score. Each of those data elements is weighted according to the importance levels set by the user on up to 36 different factors, including access to nature, traffic levels and the happiness of its residents.